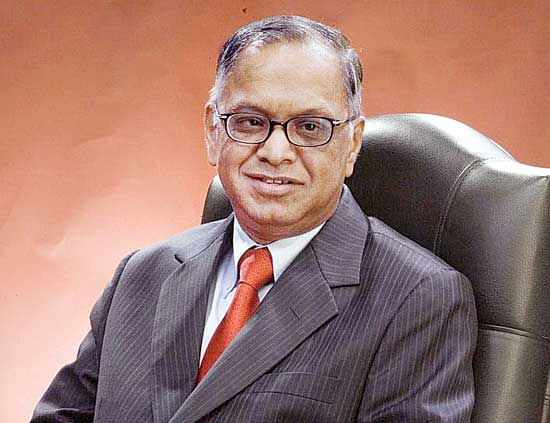 Reference:
The lesson 'Of Studies' was written by Francis Bacon.
Bacon says, 'Studies serve for delight, for ornament and for ability'. Bacon says that we can get education enjoyment, communication and problem solving through studies. Some books are to be studied deeply, some lightly.
Some subjects like History gives wisdom, Poetry imagination, Mathematics cleverness and Philosophy seriousness. We exercise and play games for body’s health.
Likewise, we should study well for the health of our mind.

2. The Secret Of Work

Reference:
The lesson ‘The Secret of Work’ was written by Swami Vivekananda.
He says the misery in man can be removed by spirituality and pure character.
Bhagavad Gita says 'Work incessantly but be not attached to it'.
Work is composed of both good and bad. Good actions give good effect, bad actions bad effect. 'Samskara' is achieved by frequent occurrence of good impressions in our mind. We remain as strong as a tortoise tucked in a shell. We gain control over 'Indriyas'.
We should do work like a master, not like a slave. We need to work without expectation and attachment. Work is worship. Work selflessly with love.

Reference:
The lesson 'J.C. Bose' was written by Aldous Huxley.
J.C. Bose was born on 30th November, 1858 in Bengal. He was a great Biologist.
Aldous Huxley visited his laboratory. He witnessed the reactions of a plant to an electric shock, stimulant and chloroform. He also saw a fully grown tree successfully replanted after Anesthesia treatment.
He recorded very small motions within plant tissue. He invented Cresco graph to measure responses that are similar to animal tissues.
Huxley ends the essay on a sympathetic note. He says the death of the plant is as painful as for other living beings. This is a reminder to bring awareness to human beings
about the importance of plant life.

4. In Celebration Of Being Alive

Reference:
The lesson 'In celebration of Being Alive' was written by Dr. Christian Barnard.
Dr. Barnard was a heart surgeon. He and his wife met with an accident. They had to suffer a lot due to severe injuries.
The doctor was indignant about his miserable fate. He was unlike his father who was optimistic.
One day, Dr. Barnard witnessed seven years old boy who was blind and another boy with a heart disease. They went out of their way to create entertainment in the hospital as a driver and mechanic in spite of their great suffering.
This episode was an eye opener to the doctor. He understood that suffering makes a better person.

5. Learning From The West

The Adventures of Tom Swayer

Questions: (4 M)
1. Write a character sketch of Tom Swayer.
2. What are the turning points in the story? Discuss the main events in the plot.
3. Describe in detail the major incidents in which Tom and Huck are involved?

Reference:
The novel ‘The Adventures of Tom Sawyer’ was written by Mark Twain.
Tom and Huck are best friends. Tom is very mischievous and tricky. Huck is a poor orphan and dirty. One day, they witness a murder. Injun Joe killed Dr. Robinson. But Muff Potter was trapped in the case.
Tom Sawyer and Huck were adventurous. They run away to an island with some
friends. Their parents searched for them frantically. They return at the time of their funeral which is quite hilarious.
Tom is good. He saves Muff Potter, Huck also saves widow Dougals. She adopts him later. Tom and Becky get lost in a cave. Injun Joe hides in the cave with his treasure. Tom is very clever. He escapes from the cave and reports about Joe. Injun Joe dies in the cave. Tom and Huck get the treasure. They became rich and famous in St. Petersburg.

Reference:
The poem ‘The Tables Turned’ was written by William Wordsworth.
In this poem, he emphasizes on the importance of nature. He urges his friend not to sit always at the table with books. It makes him tired and obese.
Instead, the Woodland Linnet’s song is sweeter, the message in the beauty of nature is wiser than the teachings of a sage.
In the name of Science and Arts, man exploits nature by performing dissections and experimenting with dry leaves. The poet condemns such practice. So the poet wanted his friend to acquire better life from nature which is a great source of knowledge and wisdom.

Reference:
The poem 'The Builders' was written by Henry Wadsworth Longfellow.
The poem is metaphorical. He compares men as builders and our fate a building. Some men do great work. Some do beautiful work.
Days are compared to the blocks we use to build. The work we do today and tomorrow shapes our fate. The poet reminds our elders who were meticulous and lived a life with values and hard work. He appeals to us to follow their steps.
We should work to build a strong and secure future. Then we can earn a good name in this world and find ourselves in a great position.

Reference:
The poem 'Any Woman' was written by Katharine Tynan.
The poem celebrates 'Mother'. Mother plays a very important role at home. She is like the pillars and key stone of the arch. Without a mother, the home falls apart.
She is the light and warmth. She does all the house hold works. The children depend on her. She protects them from the dangers. She also disciplines them and develops them.
She prays to God to let her live until her children grow.

5. A Challenge to Fate

Reference:
The poem 'A Challenge to Fate' was written by Sarojini Naidu, the Nightingale
of India.
In this poem, she strongly defies the fate. It is very cruel and depresses human beings in many unexpected ways.
Fate can weaken us by creating troubles in life. It can cause doldrums in love, relationship and financial matters.
Sarojini Naidu defends herself against the wily fate. She draws strength from the nature and universal beauty. She overcomes all the problems created by fate with strong will power.

Annotations (4 Marks)
1. How soon hath time, the subtle thief of youth stol'n on his wing my three and twentieth year.
2. Up! up! my friend, and clear your looks, why all this toil and trouble?