Namaste over Handshake is to? 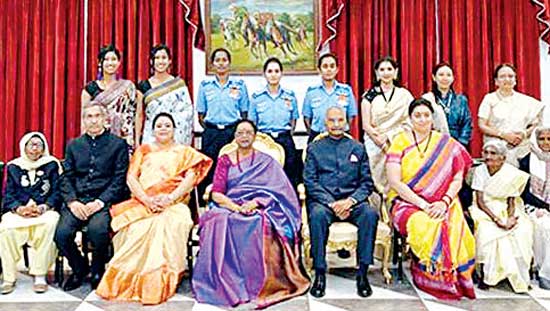 One of the awardees is Padala Bhudevi from Andhra Pradesh, who  has been working for the development of tribal women, widows, Podu lands through a community based organization- CAVS (Chinnai Adhivasi Vikas Society), established in 1996.
Tashi and Nungshi are mountaineers since more than 8 years. They are the first female twins to scale Mt. Everest in 2013. They belong to Uttrakhand.
Bhageerathi Amma and Karthyayini Amma (105 and 98 years respectively) passed the Class IV literacy equivalent examinations from Kerala are also among the winners.
The award also conferred on Indian Air Force (IAF)  first women fighter pilots, Mohana Jitarwal, Avani Chaturvedi and Bhawana Kanth.

Union Cabinet Proposals
Union Cabinet, chaired by the Prime Minister Narendra Modi  approved to release an additional installment of Dearness Allowance (DA) to Central Government employees and Dearness Relief (DR) to pensioners with effect from 01.01.2020.   There will be an increase of 4% over the existing rate of 17% of the Basic Pay/Pension, to compensate for price rise.
Union Cabinet also approved reconstruction scheme for Yes Bank and also approved a proposal for the construction of 780 kilometer of green highways at a cost of Rs.7,660 crores.

World Kidney Day
On every second Thursday in the month of March, the World Kidney Day is celebrated. This year, on 12 March 2020 the World Kidney Day observed.
A global campaign aimed at raising awareness of the importance of kidneys done on this day.
This year’s theme is ‘Kidney health for everyone everywhere from prevention to detection and equitable access to care’.
It aims to raise awareness of the importance of our kidneys to our overall health and to reduce the frequency and impact of kidney disease and its associated health problems worldwide.

Cri-MAC launched
Union Minister of State for Home Nityanand Rai launched the Crime Multi Agency Centre (Cri-MAC) for sharing of information on heinous crime and other issues related to inter-state coordination.
He launched the Centre at a function organised on the occasion of 35th Inception Day of National Crime Records Bureau (NCRB) on 12 March 2020.
He also launched the National Cyber crime Training Centre (NCTC) for professional quality e-Learning services on cyber crime investigation to police officers, judges, prosecutors and other stakeholders.

MS Swaminathan Award
V Praveen Rao, Vice-Chancellor of Professor Jayashankar Telangana State Agricultural University (PJTSAU) was conferred with the Dr MS Swaminathan Award.
He was selected for this award for his contributions in the fields of agricultural research, teaching, extension and administration. It carries a prize of Rs.2 lakh and a citation.
Praveen Rao handled 13 research and six consultancy projects on micro irrigation in India, Israel and South Africa

39th GST Council
On 14th March 2020, the 39th GST Council meeting was held under the chairmanship of Union Finance & Corporate Affairs Minister Smt Nirmala Sitharaman in New Delhi.
The meeting was attended by finance ministers of different states and Union Territories and other senior officers.
The council took many decisions, including an increase in the tax rate on  mobile phones  and specified parts to 18% from 12%, allowing a full claim of input tax credit.
GST (Goods and services Tax ) on handmade, machine-made matchsticks has been rationalized to 12% while GST on MRO (Maintenance Repair Overhaul) services of aircraft has been slashed to 5% from 18%.
She also said that a better GSTN system should be ensured by Infosys by July 2020. 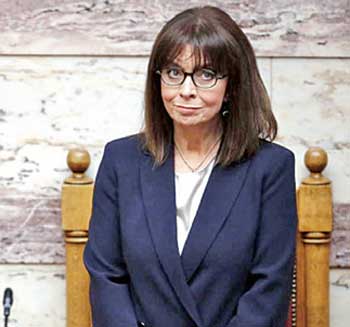 Katerina Sakellaropoulou sworn in as the new President of Greece. She is the first female President of Greece, a former high court judge was voted overwhelmingly by parliament before two months. Greece must continue to adhere to its democratic principles and the state of law, moving toward “a future of prosperity that will have room for us all,” she said. 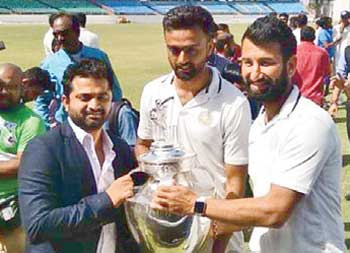 On 13 March 2020, Saurashtra won their maiden Ranji Trophy  title against Bengal in the final played at the Saurashtra Cricket Association Stadium in Rajkot. It is their first-ever win in the history of India's premier domestic competition. Saurashtra posted 425 in their first innings. It successfully restricted Bengal on 381 in first Innings. In their second innings, Saurashtra put up 105 runs for the loss of four wickets in the 34 overs they batted on the final day before the players shook hands and agreed on a mutual draw. According to the rules of the tournament, if the final match is heading towards the draw, then whoever manages to take the first-innings lead is declared as the winner.