The second home to the child is?

Biography is the life story of a particular person, place, thing or animal. It is written by someone else. If the life story of a person is written by himself or herself, it is called autobiography. A biography consists the details from birth, to date. A biography can be as small as a paragraph to as big as a book of thousand pages. If the biography is a small one of  a single paragraph, it is usually called as profile. If the biography is written in a few paragraphs, it is known as biographical sketch/bio-sketch.
Normally people write the bio-sketches of popular or great persons. Of late, bio-sketches of common persons and unsuccessful persons are also written. Imaginary biographies or autobiographies of animals, things and places are in vogue today.
Let us study the bio-sketch of Shri K Sivan, ISRO Chairman.
K Sivan, Kailasavadivoo Sivan, was born to Vadivu and Chellam, a farming couple on 14, April 1957 in Mela Sarakkalvilai, a village near Nagercoil in Kanyakumari District of Tamil Nadu.
He studied in a Tamil medium Government school in Mela Sarakkalvilai village and later in Vallankumaranvilai in Kanyakumari district. He is the first graduate from his family. Later Sivan graduated with a bachelor's degree in engineering from Madras Institute of Technology in 1980. He then got a master's degree in aerospace engineering from Indian Institute of Science, Bangalore in 1982, and started working in ISRO. He earned a doctoral degree in aerospace engineering from Indian Institute of Technology, Bombay in 2006. He is a Fellow of the Indian National Academy of Engineering, the Aeronautical Society of India and the Systems Society of India.
Presently he is the chairperson of the Indian Space Research Organization. He has previously served as the Director of the Vikram Sarabhai Space Center and the Liquid Propulsion Systems Centre.
Sivan worked on the design and development of launch vehicles for Indian Space Research Organisation (ISRO). Sivan joined ISRO in 1982 to participate on the Polar Satellite Launch Vehicle (PSLV) Project. He was appointed as the director of ISRO's Liquid Propulsion Systems Centre on 2 July 2014. He was conferred Doctor of Science (Honoris Causa) from Sathyabama University, Chennai in April 2014. On 1 June 2015, he became the Director of Vikram Sarabhai Space Centre.
Sivan was appointed the chief of ISRO in January 2018 and he assumed office on 15 January. Under his chairmanship, ISRO launched Chandrayaan 2, the second mission to the moon on July 22, 2019.

Exercise
Write the biographical sketch of any one not-so-popular but a great achiever from a poor background.
Essay
An essay is a written composition on a specific topic. The writer of an essay explains a topic so that the reader can understand the topic in a better way and refresh his/her knowledge. An essay can be one of many types: Narrative, Descriptive, Reflexive, Argumentative, Imaginative etc. Some essays are a mix of all or some of the above types. Whatever maybe the type of essay, writer’s view point (reflection) is included. There is large scope to include many literary devices in essays. An essay can be of any length but a student of class 10 has to write an essay of 200 to 250 words. You have to give the title based on (the clues given in) the question. Don’t use cursive script in ‘Heading’. Don’t underline the headings.
Let us study an essay:
Punishments in Schools
School is the second home to the child. A school going child expects a cordial treatment from teachers and other staff of the school. Only a few schools are meeting the expectations of the pupil.
Many teachers think like they cannot bring discipline among the students if they do not punish them.
Punishment is the magic wand of the teacher. 'Master ‘X’ is an idiot. He never does his homework. Many times I informed to his parents and to our principal. Neither of them take any action. So I took a stern action against him. I canned him ten times. He sobbed as if he were dying. He begged me not to beat him. But I did not show any mercy. He might have understood my other shade'. The teacher ‘Strict’ narrated the incident to his colleagues in the staff room. The other teachers clapped and applauded the teacher ‘Strict’.
Taking this as an inspiration ‘Ms. Dedicated’ slapped, pinched and whipped a handful of students for not bringing the books to class. ‘Mr. Excited’, the enthusiastic young dynamic teacher made class 10 girl students do 50 sit ups for not answering his ‘in-depth’ physics questions. ‘Mr Avadhani’ the satirical teacher showed his expertise in using hard-core words on innocent and ignorant students. These ‘Powerful’ teachers are very proud of their strictness and dedication. And they unanimously declare the parents of those students are useless persons.
One of the sensible teachers told the so called sincere teachers to go through the child psychology and ways teaching and learning. They tagged him ‘a student friendly teacher’ and ‘Viswa Guru’.
One of the parents filed a complaint and the police come to the ‘Right Choice’ school and made an investigation. They were shocked to hear that most of the teachers in the school are untrained and no knowledge about child psychology and pedagogy. The honourable principal herself was unqualified for the position. Not less than 50 students were badly injured and two students lost their precious life.
The school’s recognition was cancelled and the teachers were punished and the principal was imprisoned. 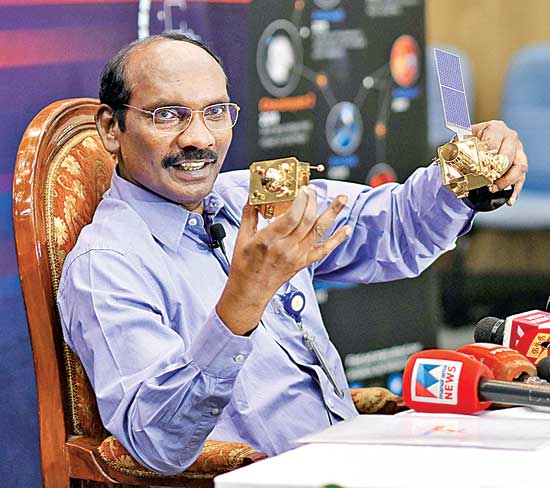 Exercise
Write an essay on ‘Each one, Teach one’ Programme.
Speech Script
A speech script is a written document of a delivered or to be delivered speech. It is always good to prepare a script before delivering a speech. Though there isn’t any hard and fast rule for the length of a speech script, it is better to maintain brevity. Although we need not follow grammar rules strictly in sentence construction, we should be reasonably good in framing them. Do not use too long or too complex sentences. Use occasional, short or punchy sentences to vary the pace. Start the speech script with a suitable salutation and catchy introduction. Maintain rhythm in your sentences. Repeat some words or phrases or sentences to   reinforce your point of view. Choose your language cater to the needs of your audience.
Study the following speech script
Good Morning Friends!
This is Raju. Happy to see you all here. I stand before you to speak my mind out on ‘Goal Setting’. The only difference, I have observed, between achievers and failures is ‘Having a Goal’ and ‘Not having a Goal’. Those who have goal are achieving what they want. Those who don’t have any goal are achieving ‘Nothing’.
What is a Goal? A Goal is the object of a person’s ambition/effort. Setting it means fixing it. So, Goal Setting is Deciding What to do and How to do? to fulfil your ambition. What happens to a person if no goal is set? It is like sending a letter to some destination without writing the receiver’s address. Can a letter reach without the address? No, it can’t! same is the case of a person’s ambition without a goal.
How to set a Goal? You should identify your interests, hobbies, talents, and capabilities first. Then chalk out the possibilities to put in your efforts. When you have a good opportunity to reach your target, then fix it as your goal.
A goal should be as much as possible static. Once you set a goal, you must not change it. Always dream about your goal. Never give it up for any reason. Face the hurdles boldly whichever come on the way of reaching your goal. The most striking trite of winners is abiding by their goal. So, friends, set a goal and get a stunning success. All the best. Bye.
Exercise
Write a speech script to address your schoolmates on an important day like Anti-Drugs Day.
Minor Discourse
Invitation Card
An invitation is a formal request to attend a function, event or celebration. An invitation is done in many ways, but most popular one is giving an invitation card. An invitation card is almost similar to a poster, but it is aimed at near and dear ones only. An invitation card should contain the details: Name of the event, Invitees, Date and time of the event, Venue, and a sentence that reflects the cordiality. Watch some invitation cards that you/your family have received.
Sample of an Invitation Card 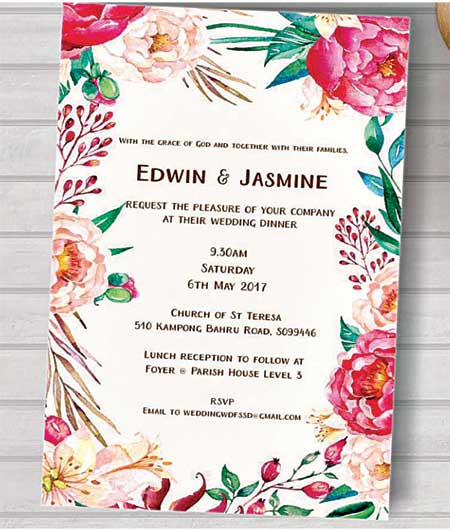 Exercise
Prepare an invitation card for your Birthday celebration inviting your friends and relatives.
Profile
A profile is a short biography focussing on career achievements. Most of the profiles are ‘personal’. To write a profile, like a biography, you should have read or heard something about the ‘great persons’ and ‘winners’.
Profile of P.T. Usha –
The Payyoli Express
Pilavullakandi Thekkaparambil Usha (P.T. USHA) was born to Paithal and Lakshmi Amma on 20th May1964 in the village of Payyoli, Kozhikode District, Kerala.
Though she was born into a not -so-rich family, she showed her talent from her childhood days. She used to be in top three in her studies. When her agility was discovered by her physical education teacher Balakrishnan in class IV, she started practicing running and from then onwards she never shook her determination. At Cannanore, under the training of Coach Madhavan Nambiar she enhanced her performance day by day.
She won two silver medals in the 1982 New Delhi Asian Games; 4th place in the 400m at the 1984 Jakarta Asian Meet; and four Golds and one Silver at the 1986 Asian Games in Seoul.
There are many more feathers in her cap.
Exercise
Write a short profile of V.V.S. Lakshman taking clues from class 9 English Text Book.