The unit of complete thought is?

Grammar
The Sentence and its Kinds 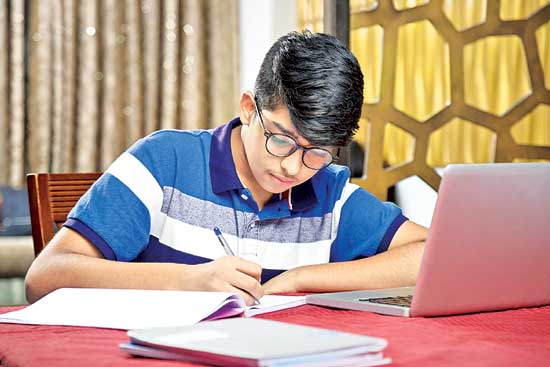 Sentence is the unit of complete thought. We convey our thoughts, feelings and ideas through sentences. These are four kinds based on function.
1. Declarative/ Assertive (statements): I am a student.
2. Interrogative (questions): Are you a student? /What are you?
3. Imperative (requests, entreaties, commands, orders): Please tell me this.  Be kind to us. Get out. Bring a glass of water.
4. Exclamatory (exclamations: strong feelings): Wow! What a shot!

Sentences are of three kinds based on their construction: Simple, Compound, and Complex.
Simple Sentence: The sentence which has only one finite verb is called Simple Sentence i.e. only one clause, obviously that clause should be main clause.
e.g. i) The principal motivated the students.
ii) The principal motivated the students by telling them inspirational stories. (Note that telling is not a finite verb) (Main clause is also known as principal/ independent clause)
Compound Sentence: The sentence which has two or more main clauses only.
e.g. Ravana kidnapped Sita (main clause) and Rama brought Sita back (main clause) by killing Ravana. (phrase)
Complex Sentence: The sentence which has only one main clause and one or more subordinate (also known as dependent) clauses.
e.g. The student could not attempt all questions (main clause) as the syllabus was not completed (subordinate clause).
Compound - Complex Sentence: The combination of compound and complex sentences is called a compound-complex sentence.
e.g. The members of the House shouted and rushed towards the speaker while he was pronouncing the indefinite adjournment of the House.

We use different types of sentences in our communication not only for variety but also for appropriacy. Also, we can express same idea in different types of sentences in different contexts. Hence, we have to know how to convert a sentence from one form to another form like simple to simple, simple to compound and simple to complex or vice versa.
Conversion of a Simple Sentence into
a Complex Sentence
A simple sentence can be transformed into a complex sentence by expanding a word or phrase into a subordinate clause. It can be noun, adjective or adverb clause.
e.g. i) I worry about my failure. (simple sentence) = I worry that I may fail. (complex sentence: noun clause)
ii) He told a farmer's story. (simple sentence) = He told a story which is about a farmer. (Complex Sentence : adjective clause)
iii) You will succeed on hard work. (simple sentence) = You will succeed if you work hard. (complex sentence: adverb clause)
H We use subordinate conjunctions in complex sentences.
H Subordinate conjunctions: after, before, now, once, till, until, since, though, although, even though, if, as, as if, even if, as though, lest, provided, provided that, so that, that, unless, when, whenever, where, whereas, wherever, whether, which, who, whoever, why
H The clauses in compound sentences are called principal or main or independent clauses.
H The clauses in a compound sentence are generally joined by coordinating conjunctions in four different ways, as,
1. to merely connect two or more clauses: as well as, nor, not only- but also, and
e.g. i) Ministers as well as the Prime Minister attended the budget session.
ii) They cannot play nor can they work.
iii) The goods from China are not only cheaper but also useful.
2. To contradict one clause with another clause: but, yet, still, nevertheless
e. g. i) Banks give loans at low rate of interest but collect huge amounts under hidden charges.
ii) The fox jumped and jumped yet could not reach the grapes.
iii) He failed repeatedly still his fans follow him ardently.
iv) She wrote well nevertheless the readers did not like that.
3. to disjoin or to make a choice between two clauses: or, either-or, neither- nor
e.g. i) It must work or will be dismantled.
ii) Either the chairman or the vice chairman should introduce the secretary.
iii) She is neither hard-working nor intelligent.
4. to draw some inference from the first clause: so, therefore, consequently
e.g. i) He worked many hours a day so he could complete the work in time.
ii) She studied all the nuances of grammar, therefore, she can clarify any doubt in it.
iii) The coach trained them well consequently the players performed at their best.
Note: H In the compound sentences, when the main clauses have a common subject or a common verb, they can be contracted:
1. The doctor scolded the patient but he gave him right medicines (common subject: doctor) = The doctor scolded the patient but gave him right medicines. (contracted by using the subject only once as it is common in the two clauses).
2. General viewers enjoyed the story of the film and the critics enjoyed the screenplay. = General viewers enjoyed the story of the film and the critics the screenplay. (contracted by using the verb only once  as it is common in the two  clauses)
H Sometimes subordinate conjunctions are used to join the two principal clauses in a compound sentence: I talked to him at 2 p.m. and then I gave him a suggestion. = I gave  him a suggestion when I talked to him at 2:00 p.m.
H Sometimes we join two main clauses without using conjunction instead we use a comma/semicolon: e.g. i) Non-violence brings peace, violence unrest. ii) His voice is melodious; His words harsh.
H A Compound sentence which contains more than two principal clauses is called multiple compound sentence: e.g. He targeted IAS, worked hard and cracked civils exams and interview.