The winner amongst parents? 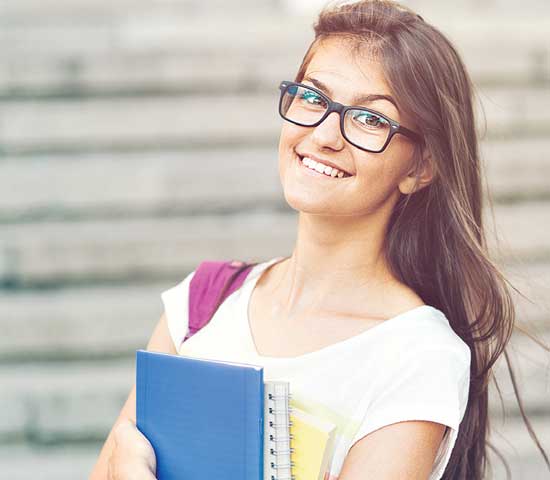 1. You are school Headmaster, Mr. Venkata Ramaiah. Your school Z.P.High School organised the Prize Distribution Function on November 2, 2019. The Parents’ Committee chairman,  Mr. Raghuram was the chief guest of the function. Write a detailed report for the school magazine.

Answer: School Holds Awards Function
November 2, 2019 Guntur Z.P.High School, Guntur organized its Awards Function–Talent Hunt 2019–here on Tuesday in its school campus. The talented students were awarded for their achievements in various fields. These included writing, painting, fancy dress competition, science exhibition, folk dance, slogan writing and sports like kho-kho, kabaddi, volleyball, basket ball and chess. As many as 34 students were awarded for 100% attendance.
Parents’ Committee Chairman Mr. Raghuram  gave his blessings to the students. In his speech he said that all children are talented but they need proper moulding and guidance. This can be done only by a teacher. The school principal read out the Annual Report. He exhorted students to take part in extra-curricular activities.
A dance ballet on various aspects of goddess Saraswathi was performed by the students and a devotional song was sung by Manaswini, the Telugu teacher of the school. The function ended with the singing of National Anthem.

2. To promote healthy eating habits amongst school children your school recently organized a 'Nutritious Food and Snacks Competition'. The competition was open to both parents and students. The participation was very encouraging. The famous nutrition expert, Dr. Shikha Sharma was the chief guest. As Ananya, the student editor of your school magazine, write a report about this event in 100 words.
Answer: SECRETS TO HEALTHY SNACKING
November 7, 2019 Vijayawada
Hundreds of parents and students participated in 'Nutritious Food and Snacks Competition' organized by Z.P. High School, Kankipadu, yesterday, to increase awareness about healthy eating habits. The awareness campaign was aimed at both students, who snack by grabbing burgers, fries, potato chips, or chocolates, as well as for parents, who are juggling busy schedules where fast food becomes a convenient option. The school organized a Healthy Cooking Competition wherein all recipes involved healthy food like salads, whole grain breads and roasted snacks.
The winner amongst parents was Ms Padmavathi and amongst students was Sirisha of X B. The eminent nutrition expert, Dr Shikha, the chief guest said, 'When it comes to smart snacking, think small portions, think healthy potions!' This competition was an eye opener for one and all.
3. Given below are some notes of a newspaper reporter. Using given notes write a news report for a National Daily.
• Anna Hazare refuses to end hunger strike,
• 73 year old, lost weight
• felt a little weak
• invoke memory of Mahatma Gandhi
• popular political tactics
• Candlelit vigils
• Mumbai, Lucknow   • Jaipur
• Bollywood stars      • Fast until death
• to stamp out graft   • third day of strike.
Answer: Indian Activist Anna Hazare Refuses To End Hunger Strike
Sunday, 7 April 2013: New Delhi:
A 73-year-old Indian anti-corruption campaigner has refused to end his 'fast until death' despite government's concessions on his demands for a powerful new body to stamp out graft in the country. On the third day of his hunger strike i.e. Thursday, he said he had lost weight and 'felt a little weak' but could continue without food for at least another week.
Hunger strikes invoke the memory of those undertaken by Mahatma Gandhi. They are popular political tactics in India and are frequent features of public life. However, this most recent campaign against corruption has mobilised millions of Indians. Hazare's Facebook page has more than 80,000 friends and supporters. Tens of thousands also joined the protests, ranging from hunger strikes to candlelit vigils in cities all over the country including Mumbai, Lucknow and Jaipur. A number of Bollywood stars have also come out in support of Hazare, a former soldier and veteran social activist.
4. Write a newspaper report on a Bus Accident taking ideas from the following hints:
Andhra Pradesh , September 4, Bus skidded, Nellore district, Kovur village, 10 killed, villagers, 25 injured, third incident, mini truck accident, a pick up van fell into gorge.
Answer: Ten Killed In Kovur Accident
(Thursday, September 04, 2019 by Narayana)
Nellore, September 4
The people were killed and 25 injured when a private bus skidded off the road and fell into a gorge in Andhra Pradesh's Nellore district Monday morning, police said. This is the third major road accident in Nellore district in less than a month. The accident took place in Kovur village, about 22 km from Nellore town where it was headed to. Superintendent of police Madhusudhan said over phone from the spot. He said the injured were admitted to the zonal hospital, some 450 km from state capital Amaravathi. The dead were mainly men and belonged to nearby villages.

H You are Vinod/Vinita of Zilla Parishad High School, Kandukur. Recently, your school celebrated its Centenary Celebrations. Write a report in 150 - 200 words for your school magazine describing the various programmes arranged in your school for the celebration.
Answer: Centenary  Celebrations
(by K. Rambabu, X-B)
Kandukur, 9th September 2019: Zilla Pari-
shad High School, Kandukur recently completed its twenty-five years of establishment on 5th February, 2019. The management and staff of the school organised a grand function to celebrate the same. Mr V.Subba Rao, the D.E.O of Prakasam District, graced the occasion as the chief guest. The school premises was attractively decorated for the celebrations and the chief guest was received by the Director and the Principal of the school at the main gate. After the Saraswati Vandana and welcome song, Mr Praveen, the school Headmistress Ms. D.Anuradha, gave a brief speech highlighting the meritorious services of the school to the cause of education for the past 100  years.
The chief guest acknowledged the same in his speech thereafter. He honoured six teachers for their dedicated services in the field of education. The students who were the all rounders of each class were awarded medals by the D.E.O.
Students of all classes presented a number of cultural activities as a special attraction of the programme.
H A super speciality hospital was inaugurated in your town by the Health Minister. As a reporter from The Hindu’, write a brief report on the same to be published in the newspaper.
Answer: Super Speciality Hospital Inaugurated
(by N. Mallikarjuna Rao, Staff Reporter)
Ponnaluru, 9th September 2019: 'Good Health', a super speciality hospital was inaugurated by Alla Nani, the Minister of State for Health, on Friday. The 400-bed hospital seemed to be equipped with the most advanced and state of the art machines and equipments with the latest infrastructure to back up exigencies. It employs internationally trained physician in the field of emergency medicine. Fully equipped, advanced cardiac life support ambulances has been made available round the clock. Besides having an in-house Blood Bank, its information system has been linked to other major Blood Banks in the country to enable the right group of blood to be made available at short notice.
The hospital covered an area of 8,000 square metres and the total expenditure in building the hospital had come around thirty five crore rupees.
Addressing the people, local M.L.A. Swamy, reinforced the need for dedicated and committed staff. He sincerely hoped that the hospital would provide the best health services to the people at nominal cost.