It has been for a long time! 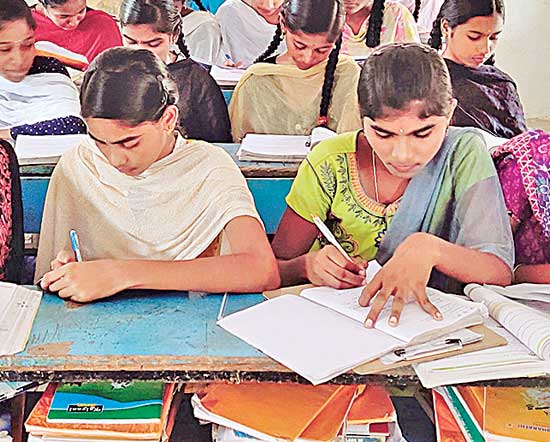 1.  Your school conducted ‘Science Fair’ last week. More than 25 schools participated in it. You are Mr. Revanth, chairman of your school science club. Write a letter to your friend Venkat describing the ‘Science Fair.’
Include the following in your answer.
Number of days- inaugurated by local M.L.A- conducted for 5 days- nearly 50 schools visited- 25 schools exhibited products- decorated all the rooms-arranged facilities for the participants- - prizes for best exhibits- ended with cultural programs- flattered my efforts.

Dear Venkat,
It has been for a long time since I wrote to you. I hope this letter gives you pleasure. As I have been busy for the past one month, I could not reply. Anyhow I am going to share good news with you about my efforts making ‘Science Fair’ a grand success in our school.

Last week our school conducted ‘Science Fair’ in our school. As I am the chairman of the science club I have shouldered the responsibility of making it success. It started on 25th last week and ended on 29th. On the very first day it was inaugurated by local M.L.A and he was really impressed with the exhibits of the students from various schools. Nearly 25 schools participated in the fair. We decorated all the rooms besides the school campus. We also arranged facilities for the students came from different places. On the last day we conducted cultural activities with the help of the secretary of cultural club. Prizes were given to the best exhibits. Addressing to the gathering our Principal flattered my special efforts. It was great honor for me that I always register in my mind.

My humble pranam to your parents and hope to see you soon.

2.  You watched a T.V show which was telecast last week. A daily newspaper published news to write a review on that show. On reading the news you have decided to send your review in written. Your name is Pradeep Singhal.
Include the following in your answer.

Karthikeya Apartments,
The Editor,  Plot No. 156,
The Eenadu, Hyd.
Sarojini Road No.4,

I am regular reader of review column that is brought out every Sunday. When I read reviews on different T.V Shows, movies and other programs I am very much interested to become a part of the review and give my opinion on this following mentioned show.

The show titled ‘The intellectuals’ is the most interesting show that I have ever seen on the small screen. The anchor Mr. Anand Vihari, one of the veteran celebrities is decent and dignified has brought color to the show with his spontaneity. The selection of the contestants is excellent by asking questions on mother tongue. The way the anchor asking questions on the hot seat based on current issues are very useful to the candidates who are preparing for different competitive exams. The queries asked to the audience are thought provoking. One of the contestants from Rajahmundry won 50,000 lakh but made the viewers disappoint for not reaching to the aimed target. The humorous touching given by him shows his experience as an actor. Recently the show reached to the 3 crore viewers in India and Abroad. We hope that these types of shows must be telecast for a long time to create intellectuality among the viewers.

Yours faithfully,
B. Ashok Singhal

1. Write a letter to your father asking him to join the cricket club in your school also ask him to provide you everything that you need.
Include the following in your answer.
Interested to join- coaching given – an IPL player- learn techniques in bowling- PET master recognized- also interested- school doesn’t provide- personal kit- need money -fulfil my ambition- need your support and money.

2. Write a letter to the Manager of State Bank of India for opening an account in order scholarship amount to be credited by the government.
Include the following in your answer.
Want to open account- also need ATM card- for scholarship amount credited- enclosing Aadhaar card, study certificate- address proof- photo - 500 cash deposit.

3. Write a letter to the Station House Officer of your local area on eve teasing near your school premises.
Include the following in your answer.
Complaining about – eve teasing- vagabonds gather – in school timings- comment on dresses- afraid to take – notice of parents – complained management – but futile – take necessary steps- keep my whereabouts confidential.

1. Write a news report on the use of ‘Instruction in mother tongue’
Primary Education needs Mother Tongue
G.N. Mahesh/Eenadu
Kurnool, December 14
‘Children in primary education need instruction in their mother tongue,’ said the Vice President of India. Addressing the students on the occasion of ‘Children’s Day’ in Vivekananda Auditorium the V.P said that children feel comfortable in mother language they could easily understand the content in all subjects. He also said that parents would monitor their behavior. In this technology they could easily adapt the language. The corporate sector shattered the bright future of the children with its mindless system. Rabindranath Tagore was crowned with ‘Noble Prize’ for his Geetanjali only because of his commanding on the mother language. It would give us great support to learn other languages like Hindi, English and Spanish. Before 80s there were no English medium schools and colleges and the students in those years became heroes in getting the grip over the English language. Especially in primary sections children could not differentiate the instruction in the international language. He suggested all the parents to become educated first in order to bring up their children in English medium. They must be in a position to correct the mistakes in the articulation. Finally, he ended by saying that mother tongue would also bring employment to the students in various fields like print media, electronic media, lyricists in movies, as News-Readers, actors, anchors, dubbing artists and dialogue writers etc. Other media would certainly not bring these opportunities. Local MPs and MLAs shared the dais and explained the advantages of the mother tongue. The cultural activities pleasured the guests.

Answer:
Dr A.P.J Abdul Kalam was a scientist who rose to eminence from the very humble beginning. He was born on 15th October 1931 to Ashiamma Jainulabiddin and Jainulabiddin Marakayar a middle-class family. He completed his schooling in Rameswaram and college education in St Joseph’s college, Tiruchirappalli. He got his B.Tech degree from Madras Institute of Technology. Later he became Aerospace Scientist. He was honored with Padma Bhushan in 1981, Padma Vibhushan in 1990 and also received the highest honor of India ‘Bharat Ratna’ in 2009. He was elected as the President of India in 2002 and completed his term in 2007. His works are ‘Wings of Fire’, ‘India 2020’, ‘Ignited Minds’, and ‘Indomitable Spirit.’ He died on 27th July 2015 at Shillong in Meghalaya. He is the most inspirational personality to all the future generation of India.